In an effort to generate excitement about the new Westwood Park development, the tract’s developers partnered with the San Francisco Chronicle for a contest to award a new home to a lucky winner. The contest involved selling subscriptions to the Chronicle and judges were prominent citizens of the day. In 1922, this $12,500 house on Miramar Circle (plus $2,500 for furnishings) was won by a resident of Palo Alto – but it appears he never moved in and the house was first occupied by a physician. About 20 automobiles were awarded as “consolation” prizes. 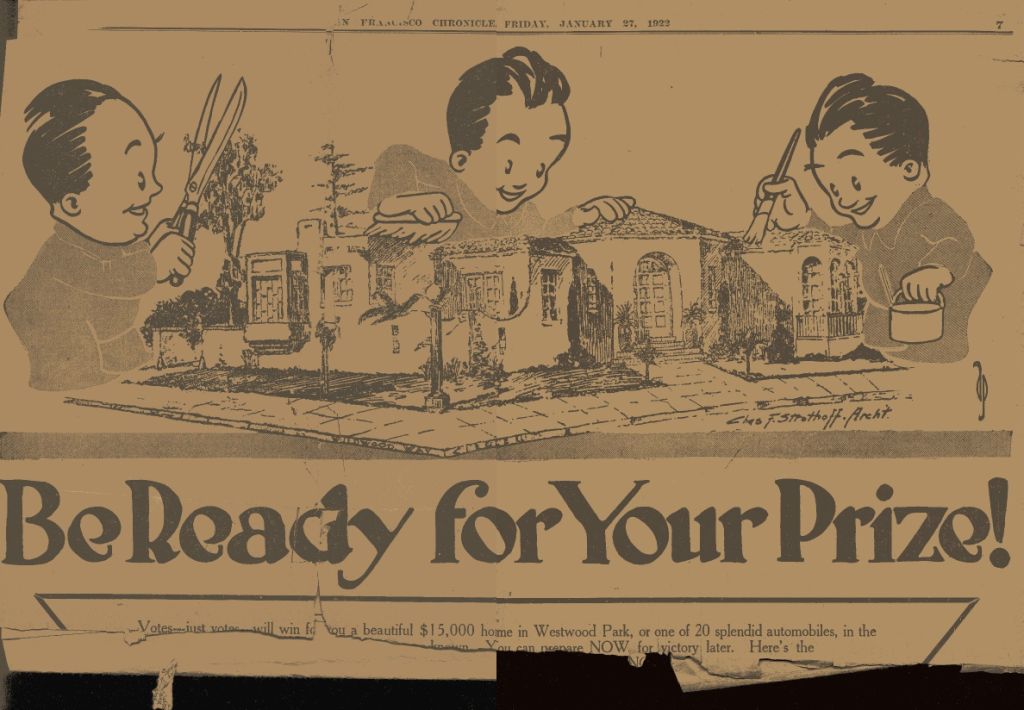